Putting Personas to Work in UX Design: What They Are and Why They’re Important 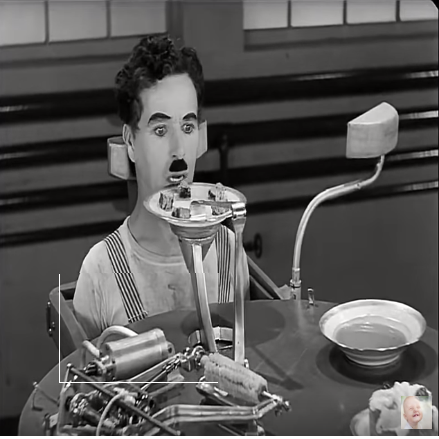 It’s likely you’ve heard the term persona before, especially if you’ve worked in user experience design. Personas are a commonly used tool in UX design. At their core, personas are about creating products with a specific, not generic, user in mind. The usefulness of personas in defining and designing digital products has become more widely accepted in the last few years. Properly used, this tool is able to supercharge a designer’s work.

In this article, we’ll talk about the importance of personas, and how to create one.

Personas are archetypical users whose goals and characteristics represent the needs of a larger group of users. Usually, a persona is presented in a one or two-page document (like the one you can see in the example below). Such 1–2-page descriptions include behavior patterns, goals, skills, attitudes, and background information, as well as the environment in which a persona operates. Designers usually add a few fictional personal details in a description to make the persona a realistic character (e.g. quotes of real users), as well as context-specific details (for example, for a banking app it makes sense to include a persona’s financial sophistication and major expenses).

Deep understanding of a target audience is fundamental to creating exceptional products. Personas help a product team find the answer to one of their most important questions, “Who are we designing for?” By understanding the expectations, concerns and motivations of target users, it’s possible to design a product that will satisfy users needs and therefore be successful.

Here are some of the benefits of using personas in UX design process:

Empathy is a core value if designers want to make something that is good for the people who are going to use it. Personas help designers to create understanding and empathy with the end users. Thanks to personas designers can:

Personas help designers shape product strategy. A deep understanding of user behavior and needs makes it possible to define who a product is being created for and what is necessary or unnecessary for them from a user-centered point of view. This allows product teams to prioritize feature requests (for example, features can be prioritized based on how well they address the needs of a primary persona). They can also help settle arguments around design decisions – instead of saying, “I think the ‘Send’ button should be bigger in our email app,” a designer might say, “Since our primary persona, Carolyn, is always on the go she needs bigger tap targets in the app to be able to send the email without eye strain.”

It’s worth mentioning that although personas can help designers prioritize the features, they can’t be used as the only tool for prioritization; the needs and goals of the business itself should be also considered. Both the needs of the business and users should be balanced to create a harmonious solution.

Most designers work in multidisciplinary teams which have team members with varying expertise, experience, and points of view. All team members should be on the same page in terms of design decisions. Personas encapsulate the most critical information about users in a way that all team members and stakeholders can understand and relate to.

Characteristics of a Good Persona

While it’s easy to select a set of user characteristics and call it a persona, it’s hard to create personas that are truly effective design and communication tools.

Here are a few characteristics of a good persona:

When Personas Are Created in Design Process

The research that goes into forming personas usually happens early in the design process. In the Design Thinking process, designers often start creating personas during the second phase, the Define phase. Like most design elements, personas can be developed iteratively. Personas will be used during all later phases of a design process to informing design decisions made by the team.

5 Steps To Creating a Persona

Personas can be created in a myriad of ways — it all depends on  budget, type of a project and the type of data designers are able to collect. While detailed step-by-step instructions on how to create a persona are beyond the scope of this article, it’s still possible to provide a general flow on how to do it:

1. Collect The Information About Your Users

The first step is to conduct user research to understand the target audience’s mindsets, motivations, and behaviors. The most accurate personas are based on actual field research — they are distilled from in-depth user interviews and observation data of real users. It’s essential to collect as much information and knowledge about users as possible by interviewing and/or observing a sufficient number of people who represent a target audience. The more a researcher observes and captures during these interviews, the more realistic the persona will be.

In a case when it’s impossible to interview/observe real individuals — time and money don’t allow for the user research needed to define accurate personas — it’s still possible to create a persona based on what the team knows about users. Customer support logs, web analytics, competitive intelligence can be used to create a persona. A persona created using this approach is known as a provisional persona, and is a great placeholder until real personas are created.

During this step it is very important to avoid generating stereotypical users (users that don’t have any relation to the actual user’s reality). Completely fictional stories of imaginary people based on little or no research bring no value for the design process and in fact, can bring harm. Furthermore, poorly constructed personas can easily undermine the credibility of this technique.

The next step is analyzing research findings. The goal during this step is to find patterns in user research data that make it possible to group similar people together into types of users. There’s a simple strategy suggested by Kim Goodwin:

3. Create Personas and Prioritize Them

Next, it’s important to assemble a persona’s descriptions around behavioral patterns. The researcher’s task here is to describe each persona in such way that expresses enough understanding and empathy to understand the users. During this step, it’s best to avoid the temptation to add a lot of personal details: one or two bits of personality can bring a persona to life, but too many details will be distracting and will make the persona less credible as an analytical tool. Don Norman put it this way: “[personas] only need to be realistic, not real, not necessarily even accurate (as long as they accurately characterize the user base).”

Quite often, researchers create more than one persona for each product. Most interactive products have multiple audience segments which are why it seems logical to construct multiple personas. However, with too many personas, the process can get out of hand. The personas can simply blur together. That’s why during this step it’s also important to minimize the number of personas, so it’s possible to focus design and this may guarantee better success. While there’s no magic number, as a rule of thumb, three or four personas are enough for most projects.

Personas have no value in and of themselves. They become valuable only when they tied up to a scenario. A scenario is an imaged situation that describes how a persona would interact with a product in a particular context to achieve its end goal(s). Scenarios help designers understand the main user flows – by pairing the personas with the scenarios, designers gather requirements, and from those requirements, they create design solutions. Scenarios should be written from the persona’s perspective, usually at a high level, and articulate use cases that will likely happen.

Generally, when creating a document you should include the following information:

A great tool which will help you during this step is the Persona Creation and Usage Toolkit developed by George Olsen. George has developed a comprehensive list of all the factors that can be considered for persona description.

Tip: Avoid using real names or details of research participants or people you know. This can bias the objectivity of your personas (you’ll focus on design for this person, rather than a group of people with similar characteristics).

5. Share Your Findings And Obtain Acceptance From the Team

Socializing personas among stakeholders is critical in moving the design team toward action. All team members and stakeholders should have a positive association with personas and see the value in them. As people become familiar with the personas, they start talking about them as if they were actual people. A well-constructed persona almost becomes another member of the team.

Tip: Usually, having posters, cards, action figures, and other real, physical objects is more effective to communicate personas and helps keep them top of mind versus having a digital version, like a doc file or PowerPoint presentation.

Personas are powerful tools. Done properly personas make the design process at hand less complex — they guide the ideation processes and help designers to achieve the goal of creating a good UX for the target users. Thanks to personas, designers are able to work in a more mindful way by keeping the real user at the heart of everything they do.