Creativity vs. Innovation: What's the Difference? 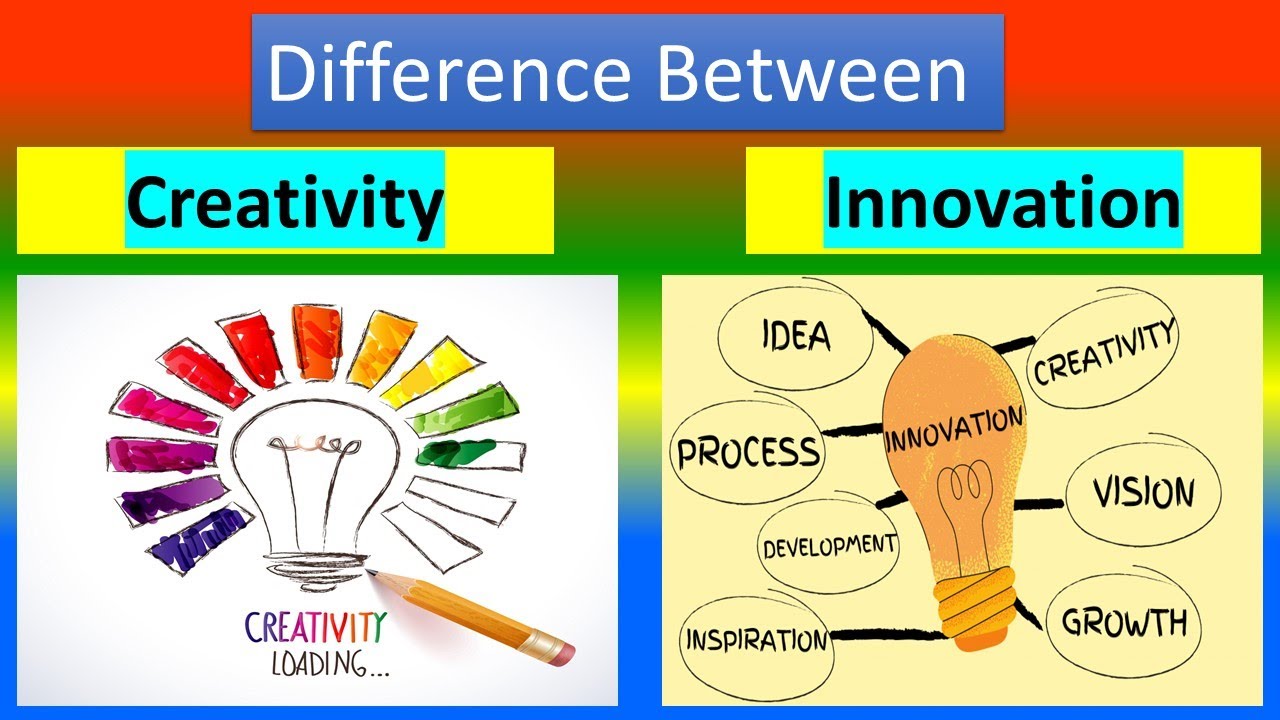 Change is the basic law, that governs the entire nature. In this fast-paced world, technology is changing rapidly, i.e. nobody can assure you that the world is going to be same, five years later, as everything changes with the blink of an eye. So, if one wants to go along with the world, then the only requirement is to be creative and innovative. While Creativity is related to ‘imagination’, but innovation is related to ‘implementation’.

“Creativity” and “innovation” are two words that are constantly thrown around in brainstorming sessions, corporate meetings and company mission statements. There’s no question that these values are highly prized in the fast-paced modern workplace, but do leaders who use the terms truly know the difference between them?

That most human of qualities, creativity evidences itself in our ability to solve challenges or problems with novel solutions ideas. Shawn Hunter, author of Out Think: How Innovative Leaders Drive Exceptional Outcomes (Wiley, 2013), defines creativity as “the capability or act of conceiving something original or unusual.”

The key factor is that creativity remains a great idea alone, not reality yet. Interestingly, creativity is very specific to people; animals have no way to communicate complex ideas, and much of what they do transfer is assumed by instinct or by example.

People can experience each of the four types of creativity. Especially true for knowledge workers like researchers, lawyers or doctors, deliberate and cognitive creativity may manifest while on the job, but spontaneous and emotional creativity may show itself during an artistic pursuit.

Deliberate and cognitive creativities use focused attention and formed connections between information stored in the brain and rely on the prefrontal cortex, while emotional and spontaneous creativities stem from the amygdala.

Key takeaway: Creativity is the spontaneous development of new ideas and out-of-the-box thinking. Creativity is a necessary prerequisite for innovation, but they are not the same thing.

Hunter weighs in with his own definition of this also: “Innovation is the implementation or creation of something new that has realized value to others.” Innovation is realized most vividly in the form of a tool, physical benefit, or aid that solves a problem or creates an advantage. These tools are not limited to humans – for example, according to the Science Times, birds and monkeys use sticks to pull food out of tight locations. So, innovation is far more possible for different species under different conditions and environments.

Key takeaway: An innovation makes a demonstrable, often disruptive difference in a product, service, or industry. It is a fundamentally new, tangible shift and departure from the conventional.

What’s the difference between creativity and innovation?

Creativity and innovation, while closely linked as part of a creation process, are not the same. Creativity isn’t measurable, it’s subjective, while innovation – at its most basic level meaning “new” – is measurable in the sense that an innovation is the creation of something new, whether it be a new product, idea or method.

Why are innovation and creativity important?

Once an idea is possible, innovation tends to be an easier challenge for more players to achieve. Creativity is the novel step of being the first to identify that something might be possible in the first place. But innovation is the action of putting things into practical reality, despite challenges and resistance, rather than just contemplating. Both are necessary in business, but only one of them translates to real revenue and profits.

Business leaders frequently interchange creativity and innovation without understanding what separates the two.

“Creativity isn’t necessarily innovation,” Hunter told Business News Daily. “If you have a brainstorm meeting and dream up dozens of new ideas, then you have displayed creativity, but there is no innovation until something gets implemented.”

Hunter noted that many leaders emphasize generating creativity on demand instead of simply building innovative products, processes and interactions.

“Innovation isn’t a mysterious black box,” he said. “It can be simple small tweaks to existing processes, products or interactions. And by focusing on the process [of innovation], and not the heroically creative individual, we can build innovation at scale.”

A good example of innovation profiled on CNBC by Karen Gilchrist was Sergey Petrossov. He saw a need for a software tool to connect low utilization of luxury jets with travelers willing to share trips with each other. All the pieces of that market existed, but it was Petrossov who built the bridge between the two via software to create a whole new company, JetSmarter.

In other words, process is replicable and scalable; a creative individual is not. Petrossov was one of a kind in realizing what was needed to create a new market, but his software code was easily repeatable by other programmers once written. Once leaders learn the difference between creativity and innovation, they can work on inspiring both among their team members – and building a culture that supports these values.

The importance of creativity and innovation in business

How do you develop creativity and innovation?

“While leaders can foster innovation, the organization as a whole must also support innovation through the makeup of its culture and the way it designs its processes,” Hunter said. “Sometimes the best way to spark innovation is by allowing activity within the organization that deviates from the norm but that may lead to positive outcomes.”

Part of the issue is getting people to imagine and develop new visions of what could be. Creativity is often associated with art and culture, but it’s not required to be Leonardo da Vinci; what matters is that a person is willing to imagine new possibilities outside of norms.

This is where the idea that can be acted on starts. Consider crowdsourcing ideas to generate even more possibilities to consider. The harder part, of course, is taking that great idea and translating it into a physical or technical prototype.

Hunter cited the birth of Starbucks’ now-popular Frappuccino drink as an example of how leaders giving their employees some room for deviation allows creativity to blossom into innovation. In the early 1990s, the staff at a Santa Monica, California Starbucks invented a new drink and asked an executive to propose the product to headquarters, where it was ultimately rejected. Later, the same store invented another drink (the Frappuccino), and the executive asked the staff to quietly make and sell the drink to local customers. It quickly became a hit, and the management group implemented the successful idea company-wide once its value was proven.

“The Frappuccino turned out to be one of Starbucks’ most popular and profitable drinks,” Hunter said. “And, according to [Starbucks’ then-vice president of sales and operations] Howard Behar, it happened because someone was allowed, and even encouraged, to experiment with a new product that deviated from the company’s core product line.”

What is creativity and innovation in entrepreneurship?

In a nutshell, the two elements together involve rocking the boat: The norm is not good enough, so what else is possible, and can we make it a reality? Entrepreneurship depends every day on creation and innovation to create unique opportunities, market disruption and new revenue streams. The internet never would have happened if scientists just settled for phone lines and satellites being sufficient for communication. Today, we can barely imagine functioning without digital access in just about everything we do. It took creativity and innovation to make it a reality.