Software Testing Basics: Types of Bugs and Why They Matter

To make the detection and prioritization of defects faster and easier, I recommend applying to them rigorous classification techniques. Below, I outlined the approach we take at ScienceSoft to classifying software bugs and listed the most common types of bugs, accompanying them with examples. 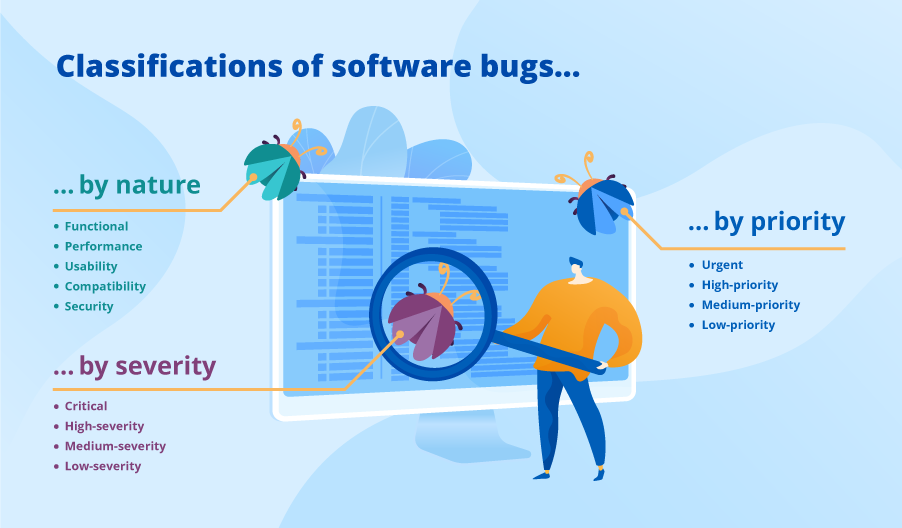 I single out three classifications of software bugs: by nature, by priority, and by severity. While the classifiers for the latter two are present in bug tracking systems by default, I recommend setting up a classifier for the division of bugs by their nature as well since it helps streamline the assignment of bug fixing tasks to the responsible teams.

Functional defects are the errors identified in case the behavior of software is not compliant with the functional requirements. Such types of defects are discovered via functional testing. For example, in one of our recent testing projects, a functional defect was found in an ecommerce website’s search engine. It didn’t return any results when a user typed in a product ID, while it was stated in the requirements that the search could be conducted by both a product’s name and ID.

Usability defects make an application inconvenient to use and, thus, hamper a user’s experience with software. A content layout that is difficult to scan or navigate and an overly complex signup procedure are the examples of usability defects. To identify such defects, ScienceSoft’s test engineers and business analysts (or UX designers) validate software against usability requirements and Web Content Accessibility Guidelines (WCAG) during usability testing.

An application with compatibility errors doesn’t show consistent performance on particular types of hardware, operating systems, browsers, and devices or when integrated with certain software or operating under certain network configurations. Compatibility testing is carried out in order to discover such issues. For instance, testing a mobile app for car insurance claim estimation, we uncovered that it failed to behave according to the requirements on Android 8.0 and 8.1. The defects were related to the changes in font size, content alignment, and scroll bar.

At ScienceSoft, we classify defects according to severity based on the technical impact a defect has on a system and single out the following severity levels:

A defect priority characterizes an error’s business impact. In ScienceSoft’s projects, a project manager, a product owner, or any business stakeholder identifies defect priority. We single out the following priority levels: 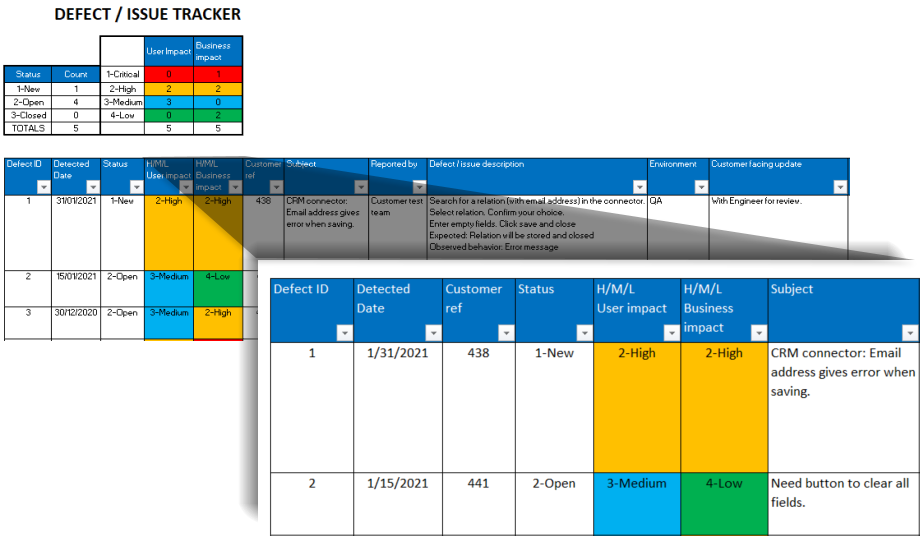 Why does correct defect classification matter?

Having learned the basics of defect classification, you will not only make sure that defect handling is assigned to the responsible project teams but also streamline defect prioritization. It, in turn, speeds up defect fixes and increases the overall efficiency of the testing and development processes.